People who don’t know Jesus and don’t go to church (you can be one without the other, I think there are more of you than you know!) have this complaint about the Bible and all of its translations.

“Obviously it’s not God’s word, how many times has it been rewritten?”
Obviously, you have your head up your butt and you have no clue about the history of the Bible: it was written in Hebrew, Aramaic, and Greek. The great thing about those languages is that they’re all picture languages, much like hieroglyphics! Understand then, that there isn’t a word-for-word translation going from any of these languages to English, because one symbol carries enough meaning for several words. So every translation is trying to get closer and closer to the exact meaning that the writer was communicating.

Of course, there’s also the complaint that PEOPLE wrote the Bible, and people are scum, especially people that buy into the meaning behind a book which they use to control others, right? “You can’t tell me how to live!” -Again with the head. . . shouldn’t you be too busy fighting for air to talk so much crap? The Bible was plenary-verbally inspired. God used people to write the Bible. He allowed their personalities to shine through His truth without tainting any of it! 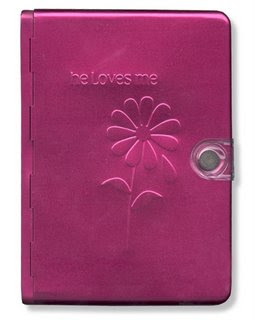 All that goes toward what I really care about right now, and that’s not that we have translations, interpretations and paraphrases, but rather, we package our Bibles to reflect who we are.

Subject 1: Pink metal chick Bible. For the girly girl who wants everyone to know that she’s special to God. By the way, so is everyone else. Enclosed in a metal case to be used as a weapon to fight off creepy guys after hanging out at church too long. Those corners will leave a mark. 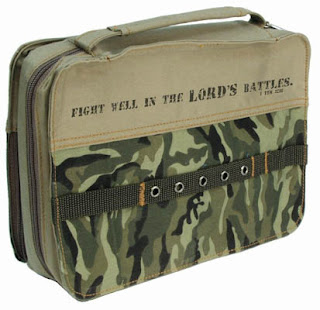 Subject 2: The Camo Bible. This little guy perpetuates bad stereotypes of masculinity, that is, until the owner sets it down in the grass and it instantly disappears. The great thing, is that if won’t get lost in a church necessarily, unless decorated in puke-green. Can also hold extra shotgun shells if necessary. 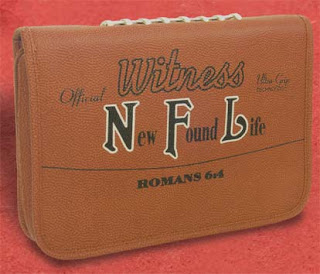 Subject 3: The Football Bible. Oh man, this might be one of those Christians that knows God but doesn’t go to church because he or she has to stay home to watch the game. If not, this handy little guy reminds everyone who is fortunate enough to sit by them that they ARE CURRENTLY missing some kind of sport to be at church, which is their personal sacrifice to Jesus. I feel like I’ve been hit in the head with one of these, perhaps I’m just having flashbacks to my entirely unathletic childhood. . . 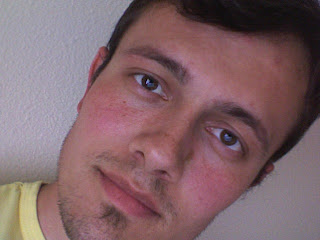 Subject 4: I couldn’t find a decent photo of this elusive Bible, but it’s the clear case bible with sleeve. Much like the binders that we used to love stuffing with crap that we thought represented us so well, this Bible has a place to put photos, drawings, and other priceless scraps. It’s the epitome of egocentricity, especially if one manages to wrap their bible with their own face. I’m not even shameless enough to do this, much to the dismay of my most ardent critics. (I have critics?)

I spent too much money on a Bible recently, because it was the Message paraphrase, which is good for devotional time. I use the New American Standard Bible for school, and I had to look for one the other day and sifted through a mess of God’s word. I’m relatively sure that Barnes doesn’t know how to categorize Bibles, so they go by color, and the person who does it probably laughs at the excessive Christian marketing demonstrated by our variety of packaging for God’s Word.

If you have any kind of a special Bible, in spite of my post, let me know what it is, because I’ll learn a little more about you that way!

On Traveling Alone -or- Some Form of Pareidolia