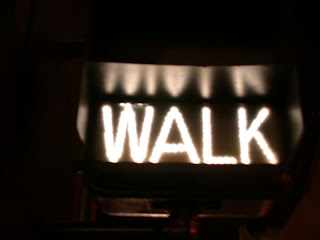 An amber glow illuminated everything, but the light felt as if it had no source. The sun had slipped down beneath the mountains, but its light was lingering in that beautiful twilight that Idaho summers are blessed with. I found myself in the midst of a group of people who I don’t spend a lot of time with because although we’re acquaintances, I think they’re weird. We were standing at a street corner in downtown Boise, excitedly debating where to eat. I was demanding sushi, but much to my own frustration, was alone in that culinary desire. I didn’t fight incredibly hard for what I wanted because if you don’t love sushi, you hate it. I have yet to find someone on a middle ground basis with raw fish.

As moments progressed into minutes that we stood at this corner, I got a better understanding of why I don’t really hang out with these people, because no resolution had come about. Nobody conceded! I was beginning to feel compelled toward violence, but never quite got that far, because somebody yelled,

“Let’s play the walking man game, that will help us decide!”
The group cheered, but I apparently wore my question on my face, because one girl looked at me and immediately began to explain:
In the walking man game, you start walking where ever
the little ‘walk’ guy on street lights lets you go first. You
hopefully end up somewhere completely random and
you get to experience something new. So maybe we’ll eat
at a new restaurant tonight that none of us knows about.
I’m not even going to lie, she had a vacuous smile on her face the entire time she explained this to me, and I more than likely grimaced as I listened. I guess I’m not overly spontaneous, or perhaps I was a little judgmental due to the company I found myself in. I’m not sure. Either way, we ended up at a little cafe with burgers that had those little hard things that make me gag when I almost chip my tooth as I bite into one. Oh well, my bigger concern was that people live like this. I wanted to ask them if they just went through whatever door happened to open before them, but I think I already knew the answer.

I tend to subscribe to the idea that life’s decisions aren’t already decided for us, and that we have to make the right choices. People have hear me say,

“It doesn’t matter where you drop dead;
God’s perfect will for your life is relationship with Him.”
That said, I don’t believe that we can just run into whatever opportunity that presents itself, either. I have to admit, I need to look into this more, mostly because a pastor friend of mine jumped my case about my belief on God’s will not too long ago. I want to know if we have a choice about things in our life, God gave us free will so, how much do we get to exercise that ability to make decisions? The choices that I’m talking about are more substantial than what to wear, my green underwear or the orange today, but rather, can I marry “any” woman I want to? Or can I move to another place and still be in God’s perfect will?

I know that God calls people to particular careers and locations and that if we choose to live in His will, there will be moments in our lives where we find ourselves in the right place at the right time, but that could only be a minute or so, perhaps a season. Thus far in my walk with Christ, I have refused to believe that I’m on a tightrope walk, and that the minute I decide to pursue a different job or place to live, that I’m going to fall off and be in sin. God’s grace is bigger than that, but I can’t ignore verses such as Ps 139:16,

All the days ordained for me
were written in your book
before one of them came to be.
What does that mean?!?! That God really does have all of our days planned out and that if we make a decision that is contrary to His plans, that we step into sin? There seem to be levels of His will for us, according to Romans 12:2,
And do not be conformed to this world,
but be transformed by the renewing of your mind,
that you may prove what is that
good and acceptable and perfect will of God
Perhaps My mind needs to be renewed, but I have a project now; I’m going to figure out to what extent our decisions put us into, or remove us from God’s perfect will. I think that decisions such as who we marry and where we live are important, and should be motivated by what God has to say to us, but do we have a choice?

I actually enjoyed hanging out with my weird friends that night, in spite of the fact that they would essentially roll dice to make a decision, but perhaps I need to be a little more open to spontaneity, because if I can’t tolerate erratic people, how will I ever be open to something seemingly random thrown my way by God?

The life of an Ichthus