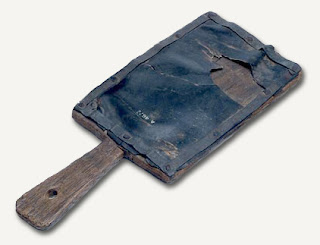 I’ve come to the conclusion that God’s love scares the crap out of me.

I remember being in downtown Boise one night several summers ago, walking around with some friends. On a weekend, all one is likely to hear is the sound of tires on pavement, car horns, the muffled booms and bumps of rap music as it’s ghetto-blasted from tiny, brightly colored imported cars driven by “bros” as they go on the cruise and the chatter of bar-hoppers as they stampede from China Blue to the Neurolux.

We were walking down main and from nowhere, I could hear one of my favorite songs being played. The sound of this music came and left again as more of these cruise-type people drove by, drowning out the sound with his own music. Much to the disdain of my friends, I made them follow me as I pursued this song, trying to find the source. It couldn’t be far, this was downtown, and music can’t make it long distances through high-rises and shops, so rambled through the grid pattern, trying to find the music. Before we found it, the song ended and I gave up my quest, and we headed to dinner.

God’s love is a lot like this random song on a night when it’s difficult to distinguish any single source of music. It calls out to us from a distance, luring us closer and closer. God’s love is attractive, because it’s unconditional. The ugly, the shamed and poor all get it the same as do the articulate, groomed and wealthy. There are no prerequisites on God’s love; sinners and “saints” (What the crap is a saint? We are all saints, because even THOSE people sinned. I understand the Catholic requirements to be a saint, but the Americanized notion is a load of garbage…) are loved equally in His eyes, in spite of mistakes made by either group. God’s love provides, protects and pleases, but it also corrects. One can find God’s love without half the effort I exerted to finding the provenance of my song.

We all want God’s love, but what happens when we’re there? My fear is established in understanding that this is God we’re dealing with, who has His own perfect will, and will use any number of means to get there. Didn’t He crush His own Son for love? Who’s to say that He won’t do the same to us because He loves us? Obviously, I’m not expecting to be crucified any time soon, because that would be a waste of Jake that accomplishes nothing, but consider also, that love corrects. I’m not fully sure that this is the kind of correction that exclusively manifests as punishment.

Imagine that you’re driving from Boise to New York; that’s almost 2,500 miles. You can’t take one interstate highway from here to there, but you must drive through other cities, merge onto other streets, and get annoyed in the process. (You MUST get annoyed, otherwise it’s not a road-trip.) Imagine now, that you realize that somewhere, you turned on the wrong street, and at the rate you’re going, you’ll be in Florida in about a day. You have to make a correction to your route to get to the “Empire State”. This could be another manifestation of that wonderful correction we get from God.

What does that look like? I’m not fully sure sometimes, but if God is crazy enough to make His Son hang on a cross, then what else will He be willing to do? What will He do to me to get what He wants out of my life? Let me go broke, make me move away from everyone I love? So many other creative little things beyond that? Not like we need any more, but this is another legitimate reason for the fear of the Lord, mentioned in Proverb one (among other places). That’s why God’s love scares the crap out of me, because I understand that His love is active as much as it is attractive, which means that I’m in trouble if I’m expecting easy living in my walk. As with everything, I need to keep grace in mind when we think about this. God isn’t an abusive father who breaks our backs over something like a little swear, or who kills us with works because we’re supposed to be a great so and so, but regardless, He isn’t always concerned with my comfort either!

On Moving and Ownership of Things