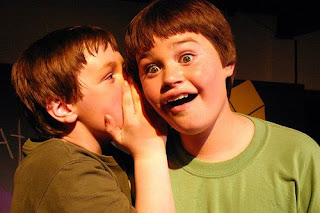 I can’t decide if I want to be a little more naive or not. I think that sometimes, it would make life a million times easier if I were. At least I wouldn’t laugh at inappropriate times if I were.

I grew up in the world. I’ve seen and done a lot. Typically, I can walk into a room full of Christians and say, “I’ve sinned more than all of you put together, in more ways and with more zeal than you’ve ever seen.” I’m not proud of it, but nevertheless, that remains. I’ve been bought back and redeemed by God, so it doesn’t necessarily matter what I’ve done aside from the fact that sometimes, I know slang and things that I really wish I didn’t, and sometimes, it’s still funny. The sin is forgiven, but some of the consequences remain.

I hate dirty jokes. They genuinely bother me because I still laugh at some of them. I think it’s more of an awkward laugh, but I feel like my former experiences are being taken advantage of when someone makes an obscene joke. I hate that I laugh, even just a little, so I have to do what every good Christian would do, and immediately condemn the person making the joke and cut them out of my life. Ok, so not entirely, but I do get mad at them, and don’t know what to do but to tell them to be pure or they might go to Hell, and I might expedite the process if they keep making jokes.

Ephesians 2:12 says to, “work out our salvation with fear and trembling” which is an interesting statement to me because we are already saved. Jesus died on the cross for us, and we will make it to heaven someday, yes? Of course, but before that time comes, we need to pursue Him, and not be gross in the process, because it might not be good for other people. Ehpesians 5:4 says, “Nor should there be obscenity, foolish talk or coarse joking, which are out of place, but rather thanksgiving.”

I think that we shouldn’t be like that not only to maintain our own purity, but also for the benefit of those who don’t believe in Christ. How often have we ruined our own witness to someone because we made a bad joke, or because we crossed the line? I know that this is the perfect opportunity to explain grace and mercy to them, but do we actually do that?

We hide behind the veil of imperfection because we know that it ruins our testimony to others, but that’s kind of a cop out. As we mature in Christ, those things should and do fall away from us, but sometimes it sucks when it hasn’t happened yet. Salvation is both immediate and progressive, so it requires some degree of patience and work on our part to be fully redeemed. At the same time, we can’t run too far with that, and have to admit that we are imperfect. It’s such a fine line between making that an excuse and understanding that we suck at life.

Conversely, I think that there are ways to joke that people are totally against because it looks bad. Again, the appearance of evil is something to worry about… I’m not sure where that’s going, but I make some of those jokes because they’re not necessarily sexual, evil or gross. I guess once again, we have to listen to the Holy Spirit who will convict us, right?