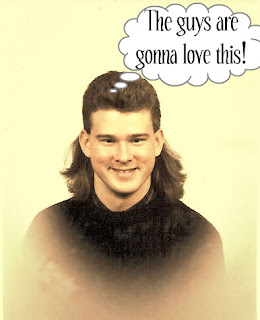 “Follow me.” I nearly tripped on my flip-flop as I turned and began to walk backwards down the hallway. I faced my companions whom I had directed away from their own employment to join me in mine. I had things to get done before I could leave work, but I had stories to tell as well, so I always had my co-workers tracing my steps as I rambled on and on about something trivial that happened to make me laugh. It always began with, “follow me.”

Many of them followed me all around the church when I worked there.
(They’re laughing as they read this because they know it’s true)

We like to be followed. Not in the dark, by some random dude in a trench coat or anything like that, but naturally, most people like others to follow in their own footsteps. It gives us a sense of accomplishment to have established something worth repeating the lives of others. (I’m notorious for this) What though, is our reaction when the opposite is true, when we’ve been presented with something of a band-wagon? All your friends are doing it… they’re blogging, wearing faux-hawks, letting their chest hair show in one of those V-neck shirts with a vest (but I don’t have chest hair!) or reading The Shack. Maybe they’re also reading those wretched vampire books that are so bloody popular! Who knows, but it seems that when we spot a trend that has hit our area hard, we tend to be weary of it.

My buddy Shane and I had this conversation not long ago about The Shack, and how he didn’t want to read it because everyone else loved it. We really do want to set our own trends, and to lead others in a direction that we pioneered ourselves. We like to lead, don’t want to feel like someone else is guiding us into becoming a little more like them. Unless it’s Jesus, because we all claim that we want to be more like Him, but I sometimes wonder how well we actually follow His leading, in spite of the fact that it’s not some random trend but rather something so much more genuine and amazing.

What makes us act so, when it comes to what everyone else is doing? Well, my friend pointed out that it happened to be pride. Our own big egos get in the way, and our desires to reproduce ourselves in others prevents us from investigating something that could be worth-while, and we happen to be the losers. So I’m advocating jumping off that bridge with everyone else, if there’s water beneath it. It could be something fun, challenging, and truthfully, it might help you to get closer to those people that you waste so much time with anyways. Kill your pride and join the crowd, see what happens when you don’t fight it. Just make sure that you don’t end up getting an ugly haircut out of the deal, because then you just got suckered into something incredibly ridiculous, and you officially suck at life for a while.

King of the Hill