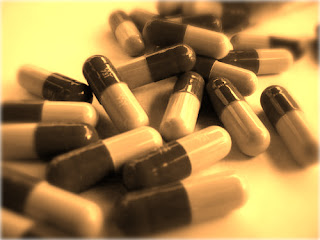 Something like one in ten people has herpes. That means that when you’re sitting there, at the Groove Coffee house, and it’s actually kind of busy, with something like fifteen people, at least one has herpes. Perhaps two. When you consider this, hopefully you’re thinking,

“Well, I know I don’t have it, so that means that really, one or two of you other fourteen people does. That sucks.”

Consider that too, a smaller portion of people has something wretched like gonorrhea, or syphilis, so perhaps you’ve got a case of that somewhere in the house too.

What level of morality leads one to a place where they’re going to get something that requires a couple of shots of penicillin, if not worse? I had a friend who got chlamydia three times, because she slept with random guys. Not long ago, she got an abortion, too. She and her boyfriend got really really drunk together and apparently forgot how contraceptives work. Neither wanted to deal with the consequences. It’s really unfortunate. When people have this kind of life-changing event in their life due to their own stupidity, or because they don’t hold themselves to any standards, how should we react? What do we think when we hear our peers at work or school talking about getting drunk or high, having sex outside of marriage, or any of those other things that we “choose not to do” in our own lives?

Really, all we can do is try to shine the light that filled us up at the moment of salvation, hoping that they’ll catch a glimpse of Jesus Christ somewhere between our own faults, and perhaps they’ll understand some of the choices that we make. It isn’t our job to tell people who don’t know God what they can and can’t do, is it? I mean, they have no reason to maintain purity in their lives, because without God, the influence that a person who doesn’t know Christ listens to will be their peers, the television, their culture. All they’re hearing is, “Hit that!”

Without Christ, I had no reason to stay sober, pure or anything else like that. I lost nothing but few brain cells when I drank myself into oblivion, so it didn’t matter. Now that I know Christ, I understand that opening up my mind and body to such influences has a huge impact in my life, so I choose not to do that so that I can stay close to Christ. Are we called to lecture and legislate? I think that on some level, perhaps, because God likes a righteous nation, and really isn’t thrilled when any country gets all nasty, but at the same time, why do we expect people to want to live like us? What motivates us to attempt things like prohibition, curfews, etc?

Are Christians expecting the world to live by their “rules” without the same source of grace, life, power, and love? I think sometimes. It isn’t our job to judge and make people more like us, it’s our job to influence, and to be salt and light in the world. It’s our job to get people to a place where God has an opportunity to do something in their lives. Let Him do all the changing. Working on others, trying to make them different than they really are gets incredibly frustrating, and unfortunately, punching someone in the throat doesn’t bring about as much change as I’d like to believe.

I don’t have kids, I have a Blog. And Other Reasons Why God’s Word is Important