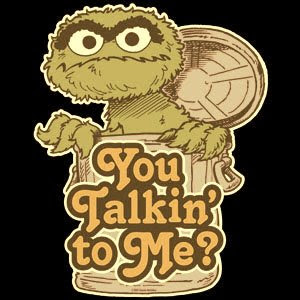 This past week we had our Vacation Bible Experience with our kids program at the church. I wasn’t there, but I heard that it was a huge success with more than 300 children in attendance, many of them encountering Christ and His church for the first time. That’s really exciting, and incredibly draining as well.

Whenever any type of large ministerial event is going on, there has to be a keen sense of the Holy Spirit involved in everything that we do as a church, and so not only are people encouraged to maintain their own devotional life, but before the day begins and chaos erupts, the employees, pastors and volunteers have a devotional time. This is especially needed when working with children, because they will wear you out, spiritually, mentally, and especially physically. Well, on the third day of this conference, a particular leader was doing the devotional time when he mentioned how much he appreciates showing up at my work when I’m at the drive-through window. Yay, thanks for the mention! His reasoning though makes me laugh and cringe, just a little though.

He said that I’m not one of those over-the-top freakish happy people that he’s used to getting at my work, and in fact, I’m pretty good at leaving him alone when he’s there. (This is all a second-hand paraphrase by the way, as I said that I was not there.) Now, I’ll admit that I would just love to leave everybody that comes to my work alone, but that’s not important right now. I think that I just had a mild complex when I heard about this little acknowledgment because I have such a reputation for being grumpy, or at least not being excessively happy.

I’m really not that much of a curmudgeon, and honestly, I think that being a cantankerous individual brings incredible joy to my heart. The problem though is that this doesn’t seem to fit with my culture very well, which drives me nuts. I think that it’s OK to be a Christian and be contentious, but not all the time, and having a reputation as being such doesn’t seem to bode well with me…. I guess that Mark Driscoll has gained renown for his temper-tantrums, which I love, because I think that those are fun to have over the right things.

I really want to own my grouchiness, not be annoyed by it… so how do I do this? I have a massive fear of writing something that would be taken as a self-help blog, because those make me want to vomit, and if Christ were to show up now, he’d be turning those tables over in all the Christian book stores and churches first. The idea of writing something that’s Christian self-help is contradictory and annoying. The Holy Spirit is our help, and Jesus is there to fix us. I think that the idea of self-help sounds incredibly humanistic! That said, if this blog had more scripture in it, I think that it could be a “Grumpy Person Devotional”. Can you imagine? I don’t know if there’s anything more amazing right now than that very thought! I might have to take that route, because I don’t like those email devotionals where people are so bloody happy that it isn’t even close to being acceptable. It seems fake! So, I’m pondering this….

P.S. I have to apologize, this post is really messy and not really well-planned, but that’s life sometimes!

Why We Need Pants: A Proverb

An Army of Girls!