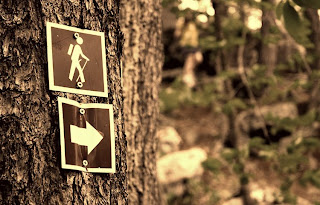 For several years I worked for a local pizza company. This place was my source of income through my junior and senior years of high school, two years of university, and my intern years at the church. I was there forever, or at least it felt like it. During my stay at this lovely little slice of paradise (please understand that I’m being entirely sardonic when I put it that way), I hired a girl who would eventually become a good friend of mine. Her name is Abby.

One of my favorite memories of Abby was one night I was talking to her about something probably unimportant while she washed her hands. In the middle of some witty remark or another, she interrupted me as she began drying her hands and said, “Now, if only I had a pure heart.” Then she walked away, leaving me floored.

It was one of those times where somebody made a statement that any other person within earshot wishes he or she had said it instead. It was incredibly smart, and well-placed. I had to steal this little joke. Of course, she was referring to Psalm 24, verses three and four which say,

Who may ascend into the hill of the Lord?
And who may stand in His holy place?

He who has clean hands and a pure heart,
Who has not lifted up his soul to falsehood
And has not sworn deceitfully

Abby was providing the perfect illustration that might accompany this section of Psalm 24. It’s easy to have clean hands, but what about that heart? The walking, talking aspects to us are easier to control than the internal ones, therefore, we learn to control our outer appearances without really enacting any changes to our inner man. It’s easy to call to memory a million instances where our actions brought about some tangibly bad reaction from those around us. Perhaps we were embarrassed or became angry because of one of those reactions. The result then was that whatever behavior entreated the negative responses will either cease altogether, or it will be altered in such a way that won’t merit any more critical rejoinders ever again.
For example, lets pretend that I’m at work, at the drive through window (because I hate it) and a customer pulls up and says something rude to me and on top of that doesn’t tip me, so I throw their scalding hot americano right in their face. They might be nicer next time they come to my coffee shop, or, they might just avoid it altogether, much to my delight. This is classic operant conditioning, as described by B.F. Skinner. This is punishment.

That said, that person is going to hate my guts for a long time. More than likely, they would try to get me fired, but first of all, they don’t understand that I’d do it again, with no second thought, and secondly, they can’t fire me, do they know who I am? Totally kidding there. What that exemplifies though is that their behavior was changed, while the heart remained the same, if not worse after some injury. The inside never changed.

In Luke, chapter eleven, verses 39 through 40, Jesus says, ““Now you Pharisees make the outside of the cup and dish clean, but your inward part is full of greed and wickedness. Foolish ones! Did not He who made the outside make the inside also?” Of course our external state will more than likely reflect what’s going on in the inside, but as has been already stated, we have learned what we can get away with, so we push that far and not any further to enact any positive change in ourselves, at least when we’re being lazy. This isn’t all the time, I’m actually painting a really negative picture of humanity right now, but I believe this to be true often enough to write about it.

Why is this important? Because Jesus told us that “What comes out of a man, that defiles a man.” It is our lack of sound character, the presence of lust, greed, malice, (this list goes on) that comes out and make a mess of things. Going back to Psalm 24, the heart is the most interior organ, as well as center of anything.
If you’re pure in your heart, and have a warm gooey center, then your hands, symbolic of your actions will follow and will reflect that purity. If you’re not, then you’re more than likely not acting like it, unless you’ve learned to fake it like a pharisee with a heart full of dark, mean things, but sporting a smile on your face. When you get both your heart and your actions in check, then you can ascend into the hill of the Lord.

My parents walked uphill to school. Both ways. In the snow. Without shoes. How does that both ways thing work? Hikers and I guess people who just like to walk or run will immediately recall that going uphill isn’t as easy as going downhill. Ascending works out the gluteus maximus and legs really well. Implicit then, in ascending into the hill of the Lord is work. We need to put a lot of effort into growing strong in our faith and Christian character so we can get closer to God.

James 4:8 says, “Draw near to God and He will draw near to you.” I think that our willingness to work toward being what God wants us to be in our hearts and actions qualifies as drawing near to Him (to a degree, and not exclusively) so He’ll meet us in our effort, show up, and make it even easier to do. We don’t earn our way into His presence, please understand that, but once bought back by the blood of the Lamb, we want to be in His presence, and sin gets in the way of that. Whether that sin be a mindset or an action. The second part to James 4:8 says, “Cleanse your hands, you sinners; and purify your hearts, you double-minded.”

That just says, it all for me. I don’t think that I could ask for a better scripture to end on.
Lets not be people that think that we can earn our way to God’s grace and love, but lets also not forget that our sins do have consequences. One of which is exclusion from God’s presence.

Life of the Believer Part 7: Sleeping In