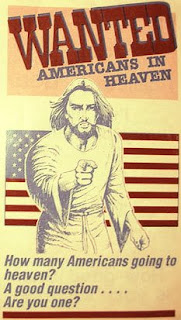 The alarm begins screaming at me typically around 3:20 most mornings. I’ve set it to be very loud and I don’t quite have the station dialed in correctly, so I get a lot of static at alarming volumes. It wakes me up. I would love to tell you all that this way to wake up jostles me and I jump into action, but that would be a lie. It’s 3:20 in the morning.

I roll over one way to turn it off or hit snooze, then depending on what choice I made, I either stop moving for the next seven minutes, or I roll the opposite direction onto my feet and stagger down the hall to take a long, quiet shower. Coffee drinkers get up early, those who serve them have to get up earlier. This is my life.

We don’t open until five each morning, but have to be there by 4:30. It really isn’t that bad, because I’m off early. Most of the time can go back to bed after work because in spite of the gallons of caffeinated beverage that I have imbibed during my stay at work, I never truly woke up. It’s a fun way to live life.

Near every register at my particular coffee place, we have little tip jars. Everyone should tip their coffee person because we don’t make jack and we work ridiculous, ungodly hours. I’m mostly kidding with that sentiment. It’s always interesting to see who tips what. Here’s my experience….

Old Ladies-They love me. They are the only ones give five dollar tips. This is above and beyond the call, but they see me frantically trying to multi-task and decide to pay ten dollars for a drink mostly out of pity. If they don’t give me money, I generally receive a folded piece of paper with their granddaughter’s name and phone number on it. I’d make a great addition to the family.

The “I NEED YOU TO KNOW I TIPPED YOU” people- Not only hand you an extra buck or a few quarters, but need eye contact and a response. These people need attention, which I can relate to, but I can live without it when I leave a tip for someone. I imagine them eating up Jesus hanging out at the temple watching people put in their offerings in Luke 21. They’d be like, “Look Jesus! I just gave a DOLLAR!” I’m hoping he’d tell them to give more if they really loved Him.

The people who need to make change to give you a tip- They just reach in the jar and act like it’s nothing new. “I’m going to put a five in and take $4.75 back, OK?” One of my coworker’s heart always skips a beat at this, she’s terrified that we’re going to get ripped off. Sometimes these are the same people who need acknowledgment for their generosity.

These are your standard deviants. Some people are just normal about it and go on with life, I like them. There’s one more person worth mentioning, because I seriously have seen three of them in the past week. They are the people who tip with their church’s tracts.

They’re a breed of their own. Obviously they’re Christians, but they’re still just a little on the different side. Most of them seem to throw the little card or pamphlet at you and run, perhaps with a nod of the head they’re out the door leaving me with a little two-dimensional Jesus and some scripture. Bless them. I love getting these because I see that someone has good intentions. Let me lend a hand though.

You want me to get saved? Then talk to me about Jesus. I think you’re a coward if you just leave something and run. I had someone leave a tract in the bathroom the other day on top of the toilet. Even more cowardly. (Wow, that sounded harsh…sorry-ish) The other option is that you’re either leaving something out of guilt because you took too many when your minister said to take only what you think you’ll use, or perhaps you’re just in too much of a hurry to really give a gospel presentation.

I understand that some people have a fear of strangers, even I do in certain circumstances. It can be especially challenging to really talk to a random individual about your faith. I know that a lot of Christian young people have a hard time with it, and I know that those individuals either get over it or grow up into big Christian people who are afraid to share their faith. So really, tracts are a way to progress past that and give Jesus out anyway. I can respect that.
My plea though is to work on talking to people. Our words have so much power. We are created in likeness of God, who spoke all of being into existence. When we witness, our words speak life to others, that’s part of the mystery of salvation. Ask God for the right words. If your heart’s in the place it should be, then you don’t even have to be eloquent. God honors even our less than glorifying attempts to make Him big.

Right after I got saved, I locked a couple of friends in my car and drove around for hours telling them about the experience one night. I wasn’t a great communicator. I’m still not, but God-willing, perhaps someday I will be. I just ranted and raved about Jesus, the entire time. Of course there were awkward silences, but you know what? One of those people ended up coming to church with me, going to church camp, and seeing some amazing things happen in her life. The other guy isn’t doing too bad either, I hear. It’s been a while since I’ve seen him. I share that not to make myself look incredibly rad, like I said, I wasn’t incredibly articulate, but I tried.
It’s easy to “push” something that you believe in. When your heart is sold out to Jesus, then just let people know. They’ll appreciate your sincerity and maybe, their lives will be changed. Bring a tract if you have to, but maybe you could slip a few bucks in it if it’s going to be a tip! Otherwise, people think you’re a cheap coward!

P.S. I’m not overly concerned about my gratuity, it just led into the topic that I really wanted to hit on. I promise I’m not that greedy!