It’s OK to be Extreme 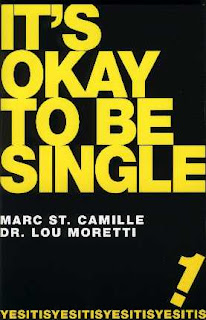 The Lakers managed to stay ahead of the Spurs, but not by more than a few points. Joel had Bar-be-qued burgers and we were in his TV room watching the game on his impossibly large flat screen TV. He was irritated by the score, but found solace in our lop-sided conversation. “How about [insert name here]? She’s a good-looking girl.” (I wrote it that way because he mentioned a lot of girls that read this blog.)

My without taking my eyes off the screen and with a fairly icy tone in my voice my rebuttal was, “We’d kill each other.”
“Oh. Well what about…”

And it went on. You already know his part, here are a few of my favorite answers to his proffers though….
“She annoys me.”
“She’s too dumb.”
“I’m too shallow.”
“She’s way too tall.”
“Like a sister to me.”

I give you this conversation to illustrate what life is like for a single guy in a church. Joel is not the first, and probably won’t be the last person to have this conversation with me. Not too long ago, a friend’s dad offered to pray for me to get a wife. Those were his exact words too. He made the offer in front of a bunch of my peers, and we all laughed. Mostly them, I turned a little red in the face. Bless him.

I think that singleness is looked at like it’s a disease or something. They all see half a person and want immediate healing for him or her. Now. Right now. Before somebody else catches it, Lord I hope it’s not contagious.

I’m grateful that people are concerned for me and are trying hard to make sure that the perfect girl doesn’t slip through my fingers or something like that. God knows she’s probably running in the opposite direction right now because she’s suffering through the same gauntlet that I am.
While there are definitely people out there who feel incredibly alone and despise every minute of their singleness, I think that most of us will survive for now. I know I will. I don’t hate it at all, I have friends and a busy schedule, so I don’t always get a chance to think about it. It’s the random offers and suggestions that make people feel like something’s wrong with them. Not too long ago, Jeff, a buddy of mine found a book entitled “Extreme Singleness” on his desk at the church. He thinks that a certain old lady put it there, but I’m convinced that our friend Shane was the culprit. I know I saw it in his office a while ago. Perpetrator aside, how does that make someone feel? It makes me laugh because it was Jeff and not me.

I’ve already told you that old ladies love me. I get granddaughters’ phone numbers at a fairly regular rate. I have yet to call any of them, because ninety percent of the time the explanation that follows the girl is something like, “She’ could probably pick you up and swing you around several dozen times…” or “I’m sure she’d love looking DOWN into your brown eyes…” -I’m not kidding by the way.

I think that it’s just been more intense for me lately because I’m getting ready to graduate. I have a big red bullseye on me, asking for the attention. It’s the obvious next step in life. I mean, there can’t be any other options, at least not without your other half, right?
I will get married someday. I hope it’s before I hit that grand old age of thirty, hopefully even sooner than that, though I don’t have any problem with taking my time.

Of Small Events and Lingering Effects