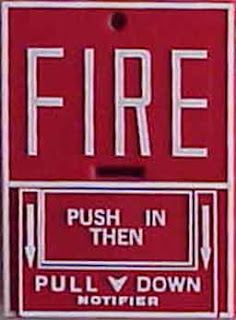 This morning, I was considering how sensitive we have become and how we are so easily offended . At times I include myself in that statement. I wonder if the ministerial approaches of the past are no longer as effective as they used to be because people don’t want to feel bad about themselves. We all desire acceptance, we all want to feel like we’re doing well, and we hate being told that we screwed up. When another person’s words convict us, the natural inclination is to want to kick them in the face, or something like that.

Sin is part of the gospel. The wages of sin is death (Rom 6:23) so we’re obviously working toward dropping dead at any given moment, and waking up in a place that smells like burnt hair, among other things. That is, until we pull our heads out and realize that we’ve been offered something to get us out of it, with no cost to us.

How do we get people to that point of understanding that they are sinners in need of a merciful God though, without making them hate Christians and our God because apparently, we judge? Did it ever occur to people that we don’t judge, that perhaps we just notice sin because we’re good at it too? (I’m amazing in this area) What do we say? I genuinely don’t have a clue! I think that they (we) should feel bad about themselves, even just a little so that they (we) can gain that understanding that Jesus died for that particular reason, that we are all sinners! But if you take that approach in conversation, you’ve got another thing coming!

I guess I say all this because I go to a state university with a lot of people who aren’t Christian. I love it, they’re all amazing. In my attempts to witness to my peers, I have seen some success, but I have also seen doors slam shut in my face! I can speak of eternal life and pearly gates, and love and I’ve got their attention, but when I throw that three letter word in, and it makes a mess of things! Oh sin, why do you mock me? I’ll get you someday, or something like that. I suppose that I want my friends to know that I screw up, and if you’d admit that some aspects to your life that you claim as lifestyle, aren’t necessarily just that, but something against the nature of God, that you have wholly given yourself to, then things might change. I know it sucks giving certain things up. Addiction is powerful, independence is more so, so why would we want to cause ourselves suffering of any sort and give by trying to get something out of our lives that we have grown so fond of?

Instead of talking to people, I would rather beat the hell out of them ( I mean that in a Biblical sense). I think that it would be easier.

There is power in offending people. I’m not talking about that sick sadistic power exercised over another person, but in making them cringe a little, momentarily taking their comfort away.

Any kinda sorta smart-ish person will wonder why they’re angry after something made them so, won’t they? I’m not sure. I wish. I think that if people looked at the motivation behind their emotions (especially in this area) we’d get a lot further. Then again, a world of retrospective people does seem a little on the emotional side. Perhaps I wouldn’t like that so much either. Not sure, but making people mad can be fun.