Stop Being so Carnal 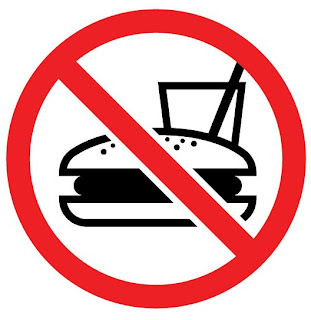 You can read a book on your iPhone, Kindle, Nook, iTouch or even on your computer. If you’d prefer not to read, you can listen to it on anything that plays music. You can do this while you exercise, drive to work, or when you have some down time and want to sit and just listen to something. If you’re a little old-fashioned, books also come printed on paper.

If a book has the right kind of plot, then more than likely, it’ll morph into some sort of film, whether it’s a box office hit, an independent film shot for people who like things that “nobody else” knows about, or they end up as a Lifetime film made exclusively for women.

Music comes in nearly as many formats and seems to be playing anywhere and everywhere. There’s so much that sometimes it feels as though life has become some awful sort of musical that nobody really participates in. Stores, cars, computers, phones and restaurants all play music somehow and some way, but nobody really sings or dances with it. If they do, we rightfully taunt them.

I haven’t even talked about food or drink yet.

Humans have grown into locusts, perpetually consuming food and entertainment whenever we can. The only difference between us and the nasty little beasts happens to be that we mostly feed ourselves. Recording artists and chefs, amateurs and pizza boys all make a living off our need to consume.

Ecclesiastes 1:8 says,
“The eye is not satisfied with seeing,
Nor the ear filled with hearing.”

It’s biblical that we devour that which happens to land in front of us. Sometimes whether we enjoy it or not. Sometimes, it seems that God made us to be ridiculous crap factories that gobble up anything and everything before us. That crap might be excrement, or it might be culture. It depends on which end you’re paying attention to.

Any good Christian will condemn another for consuming too much. It only makes sense that overspending on movies, music and meals would come across as carnal, right?

Yes, but no.
God made us the way we are. He placed within us a need to eat, a desire for entertainment and even a need for sex. (We consume that, too.) The point to our lives isn’t to deny this side to our humanity, but rather to learn how to control it. Excessive, epicurean indulgence won’t ever be satisfied; our eyes will never “finish” seeing. Our ears will never fill up with sound, but we can’t feed the vacuum all the time, either. Occasionally, we need to fast.

Fasting amounts to sacrificing something we need or love for a period of time. This abstinence from something teaches us that we live on more than what we see. This physical self-denial teaches us that we rely on God more than anything else and allows us to control the needs and desires we have in our minds and bodies.

It’s a Pattern of Sorts