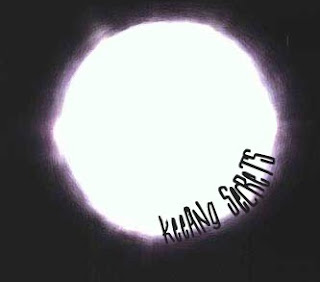 Joseph mumbled to himself as he looked up, through the jagged circle of light and hoped to see one of his brothers. It had been hours since he last heard any of their voices. Before they threw him down into this trap of an empty cistern, they had argued about killing him. At first it seemed like they had been merciful, leaving him here, but he had since grown hungry and needed something to drink.

Joseph had kept himself busy by scrambling up the relatively rough wall as far as he could, then falling to the rough, muddy floor of his prison. Obviously, he never intended to fall, and escape from this giant hole in the ground seemed to be impossible.

Frustration and fatigue obliged Joseph to sit on a large rock and wait. He knew he wouldn’t die here, but didn’t know what to expect. He regretted ever telling his wretched older brothers about his dreams. He hated that he had such a hard time keeping a secret from anyone. It landed him in the most awful place, away from the protection of his father.

* * *
I suffer from spontaneous disclosure. When I make a new friend, they instantly understand that I love Jesus, where I am in life, where I’ve been, and what I want to do. I love to talk about it. Some people have diagnosed me with egocentricity; if I really do have it, they suffer from my affliction more than I do.I rarely regret telling people my dreams, but several instances have occurred where I have regretted my vulnerability. I’ve had friends, leaders and random people explain why they don’t think I’m a good fit for what I want to do. One person even told me I should never think about my dream again, at least not around him. It turns out that I had cast my pearls before swine.

Sadly, not everyone will believe in you. They’ll tell you when they don’t and leave you in a place where their words weigh you down, like a pair of cement shoes. When this happens, it’s up to you to sink with the weight, or to blow it off and continue on.

God used Joseph’s circumstances to get him where He wanted him, but Joseph experienced a lot of heartache in the process. Perhaps the story could have been different if he had kept his dreams to himself. In the interest of self-preservation, we should all understand when to practice silence.

You Again? (The Other Five People)