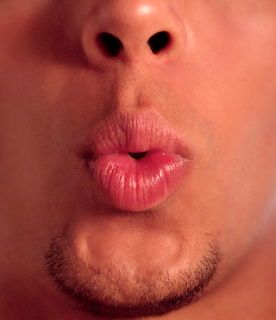 Once again, I didn’t know when to stop and I ate too much. This caused a swelling in my belly that brought with it something more than a slight discomfort. My own vanity exacerbated this problem as I sucked it in. She was super hot and I didn’t want to look like a fat slob.

Eventually, the check came, I placed come cash into the leather folder and we both stood up to walk out of the restaurant. I paused and watched her take her first few steps so we could walk side-by-side. As we meandered through a maze of tables and people, I couldn’t help but notice her right hand dangling dangerously close to mine. Something inside of me wanted to grab it but an innate fear of moving too fast told me I shouldn’t attempt to grab the delicate digits of this girl.

We made it out to the car without any incident that I’d regret and from there began our drive to the movie theater. She rummaged through my ipod, commented on my music selection and played the role of a disc jockey for the fifteen minutes it took to get to our next destination. Her intense focus on the little piece of technology she held, and my halfwit-attention to the road in front of us kept us in a state where little romance could have taken place.

After parking the car, I walked around and opened her door. She revealed two rows of perfectly white, straight teeth and swung both legs out, placed them on the ground, and stood up. From there we once again, walked side by side up to the front doors. The instant she was out of the car, I realized we were about to find ourselves in the same situation that we had been in as we exited the restaurant. I didn’t take that chance, either.

The movie passed with us leaning dangerously close to each other. Another walk to the car passed. Another drive, and we found ourselves walking up to her front door. By this point in the night, I didn’t think there was much to worry about, I had managed to be either incredibly wise, or completely spineless at every other moment, so why would this be any different? I’d probably run my fingers through my own hair as I watched her unlock the door, step in, wave, and close it.

Of course, this didn’t happen. We meandered through her yard, commenting on the figures concealed by just enough darkness to make them appear to be creepy, when in fact they were nothing more than ceramic gnomes, frogs and elephants. When we arrived at her stoop, she just stood there and smiled. “Oh crap,” I thought, “what DOES this girl want?”

You had better do this right Jake,
because she won’t go out with you again if you don’t.
I got a little closer, she stayed where she was. I took another tenth of a step, her feet stayed planted where they were. “I’m I going to get a kiss, after all?”

I leaned, she didn’t. I paused, she squirmed. I threw my arms out, and we hugged. From there, she almost flew the next two steps to the door and in an instant had it open, hopped in, and smiled and waved at me as she closed it. “Night, Jake! It was fun!”

“What the deuce did I just do?”
Deep down, I think I’m a romantic, I’m also short and cynical. Those two tend to conceal any amorous emotions and thoughts and I’m grateful for it. Even though I might have that type of thing living in me somewhere, that doesn’t mean I know what to do with it, so I fumble my way around like any other novice and curse myself for it later.

For some reason, I have a similar problem with God. I think I know what He wants most of the time, but every now and again I have to ask myself, “Who needs to make the first move?”

Am I waiting on His actions, so I can respond, or is He telling me to get off my butt and do something? Did I miss fourteen different chances to take His hand and go? Or was I wise to wait for a perfect moment, that has yet to come?

I certainly hope we don’t end up having some kind of awkward staring match on the front porch where He knows what’s going on and watches me try to figure it out, because that would suck.

PS- Half of you have ideas after reading this. Get over it!