That Smell is Starting to Leave. . . 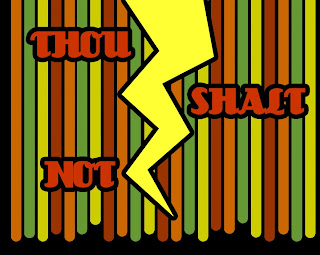 Previously on very Much Later. . .

The partying duo Nadab and Abihu decided it was time to work, only to be burnt up by the very fire they tried to burn incense with! Aaron, their father couldn’t even mourn, but might have wanted to because while their deaths were still fresh in his mind, two other sons break God’s law too; fortunately Eleazar and Ithamar lived. But why, if they were equally guilty?

A simple reading of the text gives us reasoning as to why two of Aaron’s sons died while the other two didn’t. The first couple were drunk and obviously were flippant with where they got their fire from! God had prescribed that they take the fire for burning incense from the altar itself; not some random cooking pit (Lev. 16:12). We aren’t told that they were being lazy, forgot, or were just ridiculous, but we know that they missed something very important.

Was the source of the fire the big deal? Of course not! The mistake these young men made started before they went to work! They were drinking, and that’s reason enough to go to hell, right? Emphatically, no. Beer won’t do that to you- your attitude will, though. These men had one main problem, which had some bad fruit.

Nadab and Abihu didn’t regard Yahweh highly enough; they had no reverence for God and it stopped them dead in their tracks. Since they had no reverence for God, they didn’t have any respect for their positions as ministers before the Lord, which meant that it was entirely acceptable to them to drink before going to worship Him. It was fine for them to be completely inebriated before Yahweh!

I used to drink a lot, with the intention of getting drunk. I’m related to some lushes, and I have old friends that still think that everything looks more attractive through beer-goggles.They don’t understand their standards suffer as does their decision-making. That brand of eye-wear helps you to wake up next to ugly people and catch chlamydia. Obviously, God wouldn’t want a drunk person leading His personal worship, right?

I’ve wanted to set some drunk people on fire in my time, fortunately enough, I have the self-control not to. God had to make sure that people understood that this type of behavior was unacceptable; that the attitude behind this kind of performance would merit immediate rejection and potentially death. Strangely enough, Aaron’s other sons intentionally broke a law, but they didn’t die.

The same principle applies to Eleazar and Ithamar, only the opposite proves to be true. These young men, in fear and reverence for Yahweh chose not to partake in their part of the offering. They burned their bar-b-que dinner. I believe I would too, because it gets messy; I would hate to be caught with sauce all over my face with an angry God bouncing about. Not that God was angry, because God doesn’t act on emotion. The Lord doesn’t lash out in anger, only in judgment. But the human perception would probably be that Yahweh was ticked!

Eleazar and Ithamar had a robust appreciation for God and His power. Probably more so after their brothers were burnt alive. Their reverence and fear of the Lord put them in a place where they thought that it was better to refrain from enjoyment and break the law than to feed themselves. Their attitudes were antithetical to the other two, but the resulting actions came out similar. No matter how you look at it, they broke the law.

The principle that we can then live by is that God made a law for us to adhere to, but it doesn’t matter if our attitude is in the wrong place. If it’s in the right place, the rule might not matter either, but only in particular instances, and truly only if you love the Lord.

God put rules in the Bible. We cannot argue against that. Some of them can be broken. But you had better have a good reason, and make sure that you’re close to Jesus, or else you might experience something akin to spontaneous combustion, or your obituary might label your death a freak accident.

God has His ways. Don’t make Him use them.
(Totally kidding, but not really. Just love Him and you’ll be OK)

p.s. Don’t break rules. If you experienced any level of joy believing that you could get away with it, that’s a great indicator that you can’t.