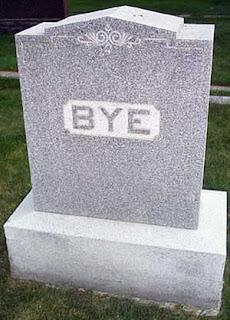 Do you really want to hurt me?

Do you really want to make me cry?

If you really want to, all you have to do is lie to me. Or not follow through with something you said you would. I might end up stabbing you because of it, but it’s a learning experience we all have to go through on some level or another, right?

Seriously though, the lack of integrity in people will drive me to my wit’s end someday. I have this unfortunate tendency where I actually listen to people and genuinely believe that they’ll do what they claim they will. And if or when they don’t, the experiences vary, all the way from disappointment to rage. I think it’s OK, as long as I control myself. (Ps. 4:4)

Anyways, what then do we do with the biggest promise-maker of them all? I know that God has made a lot of promises to me, and I’m expecting Him to do what He said He would. I can see it now. . .me, on some sort of deathbed, whatever that might happen to be, freaking the crap out like I do yelling,

You know when you start yelling at someone and you’re just being mean, and they come across as so incredibly gracious with you because they understand what you’re feeling? They just stand there and take it with that sympathetic smile that makes you want to punch them in the kidneys? I can see me opening my somewhat dead eyes to see Jesus standing there with that look on His face. I just died, freaking out because I didn’t see something that God promised! (I probably would have lived if had just mellowed out, mind you, but the stress was too much on the old body!)

Well, Jesus with His gracious smirk just looks at me and says,

“It’s still going to happen. You just didn’t live long enough to see it.”
Then I pee a little; mostly out of fear, and partially to exacerbate the already embarrassing situation. But He doesn’t laugh. With that still sympathetic smile that never had any hidden intention of aggravation He walks over to me and hugs me. The self-righteous feeling disappears into a sink-hole in my stomach- much like that feeling of worry when you get busted for something and weren’t prepared for it. But at the same time, a feeling of love comes in and mostly covers it. . .

This is my reaction to one of the scariest passages in the Bible, Hebrews 11:39

These were all commended for their faith, yet none of them received what had been promised.
God made promises to people. Their pathetic little bodies couldn’t stick it out long enough to see what God did in those promises. He wasn’t a liar, but they never experienced the goodness they had anticipated.
God was still good, but they were dead.

Sunscreen and Other Necessities