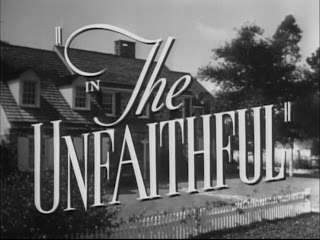 I think that what I’m about to write is awful, but go with it.

Imagine that you get off work early one day. Excited to see your husband or wife, you stop by the store, buy her some flowers, him some candy or something random that you know he loves, and with anticipation you drive home. You park your car, and with a bounce in your step, you make your way up the walk, across the stoop, and in the front door. No trace of your spouse in the living room, the kitchen, you wander around looking, remaining quiet though, to surprise them. Well, naturally, you make your way to the bedroom at one point or another, and that’s when you make the discovery that changes your life. They’re in there, but not alone. You busted your spouse cheating on you.

That’s really sad. I’m convinced that there are few things worse than that. I have no idea, but it’s been the topic of novels, movies, happens everyday on Lifetime, Television for Women, and Jerry Springer seeks these people out to have on his show, so there’s something to this. We hate the cheater. Always, they’re a terrible person in our minds, and we think they deserve whatever bad treatment they get out of the situation, so we relate to the victim whose faith and trust have been shattered. Let’s try to empathize with the cheater.

We have all been a cheater at one point or another. God created us for His pleasure, and we turn aside to other lovers all the time. This obviously gets better when we get saved, but I still wonder how much we get caught off guard by something new for us to “idolize”. Is there a lesser degree of idolization? Unfortunately, no. Regardless of what that spouse did, it’s still cheating, and the same is true for us.

Well, how often do those stories on Lifetime, Television For Women involve a murder or two right after that discovery? It’s more common on television than in real life, but it still happens. What follows? Arrest, jail time, and a trial, where the lawyer always tries to get the killer out of prison or to at least have a reduced sentence by claiming that it was a crime of passion. The murderer on trial did it because he or she was so overwhelmed by emotion that they couldn’t help but kill their spouse and the other person in the heat of the moment.

Here’s where there’s good news for us. God busted mankind cheating on Him. He didn’t kill us though. Instead, His crime of passion was to kill another to make it all better, so that we could stay with Him. Christ’s crucifixion could be described as a crime of passion because it’s not so much different than our dramatic story of the unfaithful lover with the exception that we didn’t die in the process. In His love for us, God killed His own son to keep us in a relationship that was forfeited in the fall of man and has been sustained through the Adamic nature that has been passed on from generation to generation. That’s really intense.

I suppose that because there was a delay in God saving us as He did, we could also call it premeditated, because He really put something together that is so incredible only God could do it. God becoming man isn’t necessarily simple, and I would take forever trying to think of something that awesome. Consider then how much God thinks about us, trying to get us to love Him like we should when we don’t even deserve His love.

I can’t even imagine the depths of God’s love. Ephesians 3:18 says, “I pray that you, being rooted and established in love, may have power, together with all the saints, to grasp how wide and long and high and deep is the love of Christ, and to know this love that surpasses knowledge—that you may be filled to the measure of all the fullness of God.”

We got so much more mercy than we deserve, and I’m grateful for how loving and wonderful God is to us.