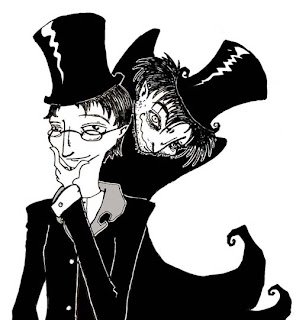 One of my biggest struggles is trying to figure out how much I should enjoy life, and how much I need to work to accomplish something with this short span of time I have.

By the time I was eight, my parents were convinced that I was going to take over the world, and that they were going to retire to a life of luxury in some place with a name that’s hard to pronounce. They told me this, too. It’s probably why I have issues with an enlarged ego. As life has gone on, I’ve been relatively successful in things like school and work, I’ve always been in management, or just told people what to do because I’m good at it, which really reinforces this whole thing on one level or another, which is probably dumb, because they’re not necessarily HUGE accomplishments.

What has happened though, is with these successes, getting dean’s list, joining honors college, all that garbage, I’ve learned to work more and more and have set higher goals for my life. I’ve been to the point where I think that I have to accomplish something great like taking over a small eastern European nation or leading millions of people to the Lord to feel like I’ve accomplished anything. Of course, I’m exaggerating just a little there, but I definitely mean that when I say it. I struggle sometimes when I see a person who looks as if they’ve either settled or gotten lazy with life, and are in some ridiculous job where they’ll have very little impact on the world. Isn’t that dumb?

Yes, Jake, it’s the stupidest, most narrow-minded thing you could ever say or think.
So I work hard, make plans, sacrifice fun time and sleep, and plan the next thirty-seven steps to get to some stupid goal. I pray about it, make changes, ask God for help and blessing, and the process goes on. Now, I’m not an ascetic by any stretch of the imagination, but I’m more than willing to miss out on some fun for a little more success, which I think can be unhealthy to some degree or another. This last semester is a great example, I took eighteen credits, worked, small groups, blah blah blah, but I didn’t set a lot of time aside for rest, or sabbath.

Well, now that I’ve graduated and have a few weeks until school starts, I’m being a huge waste of skin, and have been a lazy, disgusting bum. I’m weirded out by the whole thing because it isn’t me. The roommate person called me Dr. Jekyll and Mr. Hyde the other day because he’s not used to seeing an un-showered, frumpy Jake sitting in his underwear playing video games. ( I got an Xbox 360 for Christmas, thank you parents!) Either way, I’ve been considering the balance between asecticism and hedonism, living life with a single purpose and to have fun, and I know that it needs to be balanced, that there is a fine line between them that is living the way that we should, but it might be nearly impossible to discern where the crap it’s at.

I don’t really want to be fat and lazy, enjoying life all the time, but I certainly don’t want to miss out on any joy. I sometimes think that I have to change the world to have succeeded in fulfilling God’s purpose (again, little exaggeration there) but I know that I’ll be a grumpy [explitive] if I’m not careful, so what the crap do I do?

Take a sabbath when I should, save up for those elusive vacations, and try to live life, always contemplating the balance between work and play. I can’ t live for the weekend, but if I get trapped in the work week, I might kill someone. I’m not sure that I have a great point or conclusion, but I suppose I can ask those around me to examine their lives. Can you grow beyond your present status? Or do you play too much? Maybe you play too little. That’s bad. Either way, take a look at your life and make adjustments while you can. You might drop dead tomorrow.