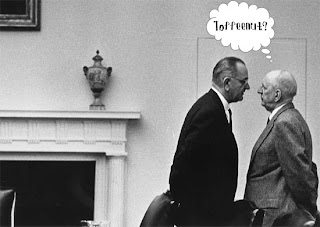 When I worship, I have to keep my eyes closed. I can’t open them and look around, because the moment that they’re open, Jesus has been sucked out the back door of my mind, and I’m remembering something from “Stuff Christians Like” and worship is over. It can be recovered, but it takes some effort. Poor Jesus, he has to compete with “hand raising styles” because I was dumb enough to read a blog that makes fun of Christians. Raising hands has been ruined for me.
Of course, that’s a blatant exaggeration, because I don’t always try to figure out which style the person in front of me is employing, but sometimes it happens. I think of Prodigal John, every time one of these ideas crosses my mind. I say then, that it is ruined for me, which in all honesty, sucks.

I got a text the other night that told me I ruin things. I’m not going to lie, it brought joy to my heart. For this particular person, I’ve ruined a boy (I tried to hook her up with someone…I’m no matchmaker, but I can be pretty determined!), I’ve ruined some things about holding hands, and I’m currently working on kittens. I’ll just leave it at they’re dropping dead like turtles when I’ve gone on a word-vomit rampage and nobody knows what to say… I don’t know what impact I’ve had on her, but I look forward to seeing what happens next time she’s cornered by a kitten with nowhere to go and nobody to ask for help. One of her friends has mentioned that reading my blog has impacted her too, and now she officially can’t take a few things seriously. I enjoy being a “ruiner” because I know that someone is thinking of me, when they should be thinking about something else. (For that reason, I’m not interested in wrecking someone’s worship…)

Isn’t it amazing, the power we have over each other? It’s almost scary. All we have to do is make a couple of jokes and BAM! Someone’s life is changed. It’s terrifying, unless you don’t listen very carefully, which is true of a lot of people. I think that perhaps that might be a form of self-preservation, this selective hearing, for sensitive people. They are impacted more than a salty old man like myself who doesn’t believe a word anyone says. (Ha, wouldn’t that make life easy… or would it?)

Anyways, I’m interested to hear about the things people have ruined for you. I have another one: I think of a certain syrup that we put in coffee because a co-worker of mine who happens to be a close talker loves the stuff. Whenever I smell it, I think of his hot breath beating me in the face, and it sort of makes me freak out a little…. So please, share with me some of the “ruins” of your lifetime, and how much they’re impacting your living now.

Revelation and Study. Math and Prophecy.

It’s a Pattern of Sorts