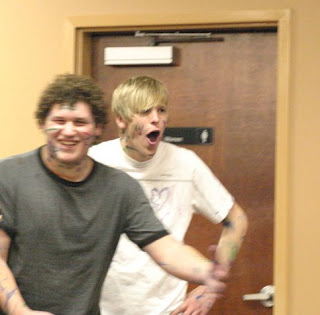 Little cuts and scrapes became apparent as alcohol from the little cleaning pads seeped into them and caused them to sting. The color from the markers slowly disappeared, but other streaks and spots were left behind. Tonight, my high school guys (at least most of them) and I had what we have dubbed, a “marker war.” Each young man had his own color, (with a few repeats) with the intention to get as much of their color on everyone else as they could without getting marked with other guys’ colors. It was reminiscent of paint ball, only, Crayola made our supplies.

It turned out to be really awesome, but a few of my guys don’t like to get dirty, so it took some coercion to get them to join in. A few parents were annoyed, but I’ve been advertising this for a week now, so I don’t think they can complain. That is, unless their kid didn’t tell them, which is more than likely the case. Another scary thing, as I have already mentioned, sometimes one didn’t just get some ink on him, he got stabbed. That hurt. I’m missing skin in a few places, but it was worth it! Anyways, I’ll close with this…. 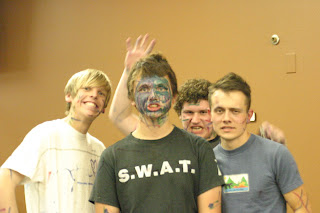 Crayola Washable Markers: 5 boxes, 10.82
Annoyed parents: A couple of frowns and one lecture
Time set aside for this small group: 2 hours
Pictures like this with your small group: Priceless 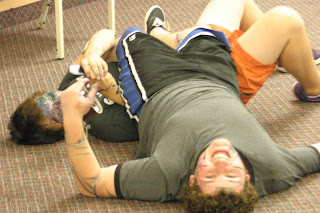 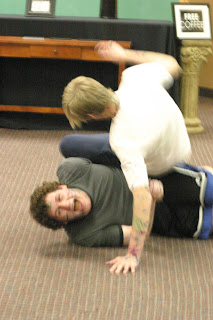 I’d have to say that the only regret I have is that I didn’t get more photos. All these were taken after about half of my guys got picked up…. so unfortunate! 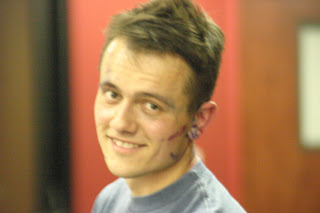 Everything is Going to be Alright (I Promise)