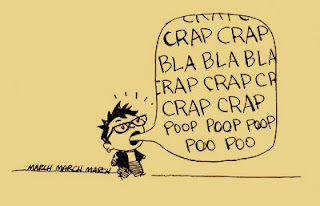 Standing around in a $150 tuxedo just to look good and make some friends happy is not my idea of a good time. You get sweaty, don’t bend in the middle incredibly well, and lets be honest, tuxedos are not attractive to anyone under the age of fifty! I do it anyways, for the love of the people who are taking the plunge, because they’re my friends. They’re amazing, and when I see that beautiful bride gliding down the aisle (like one of those old black and white horror movies where someone moves around but you don’t see their legs move…scary) I remember that she is at that point not only going through a huge life-change, but that she’s symbolic of the bride of Christ.

All my friends are, but not all brides are beautiful. Before I was saved, I saw the Bride of Chucky or whatever that wretched movie is called. She was disgusting! Since then I’ve seen some Bridezillas too, but that’s not important right now! I want to know how much does the bride of Christ look like that? Are we ugly right now? Sometimes I think the answer is an unfortunately emphatic “yes”.

I love Christians. They taste like chicken. *cheesy fake laugh* I will tell everyone that my life is exponentially better now than when I was a barbaric heathen, and I wouldn’t ever want to go back. God has brought some amazing and wonderful people into my life, and I love them with my whole heart! Bet let me tell you that no matter how amazing anybody is, that does not make them perfect. Some of my most incredible friends are knuckle-heads sometimes! There’s a rant coming, and I’m almost excited about it, because I haven’t gotten to be a grumpy expletive very recently!

There is power in offending people. I’ve said this before, and I’ll say it again. Last night, a good friend of mine directed me to a blog that does nothing but complain about pastors, churches, essentially Christianity. Thousands of posts seething with hatred defamed once loved ones and the ministries they work with. I want to say that it broke my heart, but rather, it made my blood pressure sky rocket and my face red.

If you get so mad, hurt, whatever at your church that you feel that it’s time to leave, then I would say a few things. First, talk to Jesus about it. He knows a lot more than you ever will. He doesn’t have His head up His butt like many of us do, so He sees the big picture. Next, talk to your pastor, James 5:16 says,

“Therefore confess your sins to each other and pray for each other so that you may be healed. The prayer of a righteous man is powerful and effective.”

If that doesn’t do it for you, then you had probably better leave. Nothing is worse than irate, rancorous, *stupid* sheep. They talk too much, and next thing you know, they’re taking a crowd of people down with them by not only pointing out flaws, but also exaggerating them. Nothing good comes of this. Only hurt feelings and lost relationships.

Before it gets to that point, I would suggest this. If something makes you that mad, ask yourself

WHY?
Is it because you’re selfish? Is it really a problem, because some churches really do have issues, they’re made of people who are working out their salvation, suggesting that they’re not perfect- even the pastors. Maybe you’re foolish, or not humble. Either one of those works too.

If it’s a person that bothers you, then you really need to have a conversation with them. I’ll tell you now not to accuse them, jump their cases or even begin by being rude, because they might just do the same back to you, then you’re up a creek because you’re not accomplishing what was necessary.

I guess there isn’t anything else to be mad at, so here’s what to do if you’re still butt-hurt and going to leave. Ask God for healing, and get under cover at another church. Don’t start your own you are not your own pastor, Jesus isn’t your pastor, your husband or wife isn’t either. You need people who have a perspective different than your own so you don’t sit around and complain together. Lastly, don’t talk or blog about it, unless you’re telling people how God healed you. There are more than enough people trying to tear down the church from the outside, we don’t need people on the inside lending a hand. It’s these people that make the church uglier than necessary.

I believe that God defends His bride when she’s attacked from the outside. Perhaps even when it’s an inside job, like the blog I mentioned. Any man would do the same, “You’re talking smack about MY woman? I’ll punch you in the throat!” I hope God is the same, at least to a degree. I know He’s infinitely more merciful than I’ll ever be, in spite of my most recent best efforts. I just don’t know how to respond to something like this with anything aside from annoyance, it just seems so foolish to me!

The Lateral Growth Chronicles: I suck at Bowling