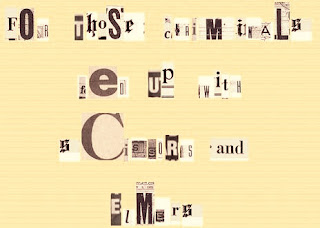 When I was much younger, I made a sign to hang on my bedroom door. It was one among many, because I felt that it was important to give some voice to who I was as a young person. It was the epitome of selfishness and nihilism, and it was ridiculous. It said,

“I’m no Martyr”
My intentions behind these simple words that I actually thought about getting tattooed on my body someday was that there is nothing worth dying for, I mean more than any cause. I meant it, too. I was all about me, and it definitely showed. Funny thing that several years later, I’d become a Christian, because we’ve certainly produced many a martyr by this point in the game.

I have been camping out in Acts lately. It’s one of my favorite books because it shows how much the Holy Spirit can do with us when we’re not being stupid. In chapter seven, Stephen is martyred because of his faith. He preaches an amazing message just moments before he’s stoned to death. Later, Paul and Barnabas catch a lot of crap for preaching the message when they’re running around, especially in chapters thirteen and fourteen. We see people who really are sold out for the Message that Christ brought us, and it’s amazing.

Obviously, I think that there are many things that are more important than me, and at the top of that list is the Gospel, followed up by sushi, but raw fish isn’t important for the moment. I’ve been thinking about when Jesus said, “If they persecuted me, they will persecute you also.” (Luke 15:21) and what that means for the life of a Christian.

Not long ago, I found a blog that essentially was composed of a bunch of really immature bitter people who don’t know how to control what they say. It was a really sad blog that makes fun of and really tries to tear down a lot of the people that are leaders in my life. It made me angry. I’ve realized since then that really, it was to be expected. First of all, you can’t make everyone happy. If you can, then something is more than likely wrong with you; you probably have extra arms to do everything, or you’re that disgustingly nice person who has no intestinal fortitude to do or say anything for yourself. I want to beat the crap out of you for that. It’d be too easy by the way, so I’d get no satisfaction out of the whole thing, therefore, it’s a moot point for now. But anyone who’s making a difference in the lives of others or who actually stands behind their message had better expect to get this kind of treatment, especially if they’re bringing the Gospel of Christ with them.

Several months ago, I got one of those ridiculous spam messages trying to get money out of me. This one wasn’t from the “King of New Zealand” or the “Prime Minister of Tonga” but rather, it was from a person who had made the claim that they were a hit-man, hired to kill me. I was thrilled about the whole thing, I printed it out and brought it to class the next day when I taught so I could read it to the interns! I knew it was bogus, but it was awesome and obviously written by someone who couldn’t spell or really, think for that matter. It sucks to be stupid. That said, I can’t wait for the day when I’m making enough of a splash to make people want to write bad things about me, and honestly, the first REAL death threat I get will be matted, framed and hung in my office because that implies that I’m really doing something right.

Jesus told us that we’ll have hard times from people because of His message and I’m excited for it to come. Sounds a little masochistic, doesn’t it? Perhaps, but at least we’ll all know that I’m doing what I should be.