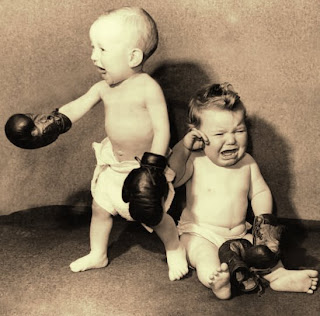 Running and yelling, throwing and hitting, screams of bewilderment and horror filled my classroom tonight, and they weren’t just mine. Hello, my name is Jake and I’m a Sunday school teacher. Ok, so it’s Saturday night, and we call them small group leaders at my church, but the concept is the same. I’m teaching a bunch of rowdy little boys for the first time in quite a while and I’m loving it!

Anybody that has taught in this kind of setting before knows that you have your good kids, the ones that are too shy and freaked out to be bad, the kids with a lot of energy and the kid whose parents might have fed them some kind of stimulant before dropping them off. You know them, they can’t sit still, they don’t walk, but rather, they cartwheel, somersault and bounce from place to place… they’re the kids who poke other children in the eyes, blatantly defy you at every opportunity, and manage to put large holes in walls. Generally every classroom has one of them, so obviously then, mine has two.
Naturally, they’re brothers, so the writhing, squirming, yelling and burping has to be genetic.
Actually, there are four kids in the family, but when you see them all at once, it’s like a nightmarish optical illusion, it looks like there are about 32 kids, all bouncing off the walls and each other, making strange noises and emitting peculiar smells too, and they all look the same! Why am I talking about this? Were they particularly crazy tonight? Of course they were, but I love the challenge of trying to work with kids and not threaten their lives like I do with my high school small group. No, that is not the reason why I mention these boys. Tonight I remembered in the middle of my chaotic “lesson” the words of a man who I don’t often get to see anymore, let alone really speak with, which is incredibly unfortunate. He told myself and a bunch of other interns once, “Children are proof of the fallen state of man-babies prove that we’re naturally evil.”

I feel like the maternal crowd would be divided on a statement like that: half would verbally accost a man for making that statement, while the other half would shout him down with “Amen!” and “Glory!” clearly coming out of the ruckus. Men on the other hand, would simply agree the the fruit of their loins seem to be evil.

Consider it: you put two crawlers in a room that is entirely devoid of anything excluding the presence of one toy. Any toy. It doesn’t have to be good, it just has to be there, and they will fight for it. With slobber, hair-pulling and biting, those babies or toddlers will make sure that they are the sole possessor of whatever the prize might be, whether or not they actually want it. Sometimes the value of something is that their opponent desired it, nothing more.

You don’t need to teach babies to cry, be ugly and brutish, spit up, or smear the contents of their diapers everywhere around their cribs, they just naturally do it! The converse then is true, you do have to teach children to be kind, share, not cry on a whim, and even in some cases, be cute! That is proof that man has fallen short of God’s glory, and we all do sin.

Some people think that kids become worldly as they grow, due to disappointment, letdowns, problems, and mishaps. They think that kids are born as perfect little angels and digress from there as they age. These people never had more than one young child at a time! The opposite is true, that when babies are born, they come out in need of a savior, and in most cases, the sooner, the better for mom and dad, not to mention me!