The timing of wisdom 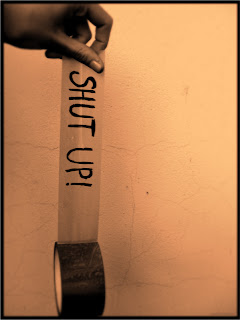 Laying my cards out for all to see and leaving myself incredibly vulnerable comes naturally to me. Not necessarily in that awkward emotional way, although I have done that as well, but rather in that I let everyone know that although I’m a Christian, I’m still kind of a dirtbag. Immediately, any expectations held over me fall to the floor and I’m free to be me. I’m free to be rough around the edges.

When I very first became a Christian, I had the “holier than thou” attitude, it didn’t work out well for me. I ragged on my family and friends for their own vices and was generally, a massive pain in the posterior! My witness had been rendered ineffective because of the fact that I managed to point out every one of the flaws in those around me, but wasn’t honest about mine. Attitude played a huge role as well.

That’s been about four years ago now, and I’ve mellowed out. Not on my standards, but understanding that God loves us as we are, and that I can’t expect anyone who doesn’t believe what I believe to live by my standards. When they fall in love with Jesus, He’ll change them, not me.One of my most recent best witnessing moments was born from my own wretchedness. I was walking across campus with a classmate when an ex-girlfriend walked by. I was dating this one right before my conversion and had decided right away that we didn’t need to be together anymore. She’s an amazing person altogether, but our relationship wasn’t Godly, and we were truly just bad for each other.

She walked by us, and I guess I still had some bitterness left in my heart because I just spilled my guts to my classmate about every seething little detail of what she did wrong when we dated. I made this child of God look like a real piece of dirt. Jesus told us that defilement comes from within. The bitterness about our relationship was inside of me, and it came out of my mouth in words of depreciation and death.

The Holy Spirit convicted me later that day as I was driving home. Conviction is always a two-edged sword for me. I hate every minute of it because God puts my imperfection and wretchedness, my heart in a display case and forces me to examine what I see. It’s never great because I understand that in spite of the fact that I have the Living God of the universe dwelling in my heart, I allow the blackest, filthiest mess of crap to stay there. The positive side to conviction is that I hear my God speaking to me. Even when I’m receiving correction I feel His love, and I love His voice. I’m glad that I have a relationship with the one who changes me and grows me. Nothing can bring me more joy or peace than that.
So I tossed and turned a little that night, prayed, confessed and woefully pleaded with God to help me make it right with the girl on whom I had vomited all of this nasty gossip. I got my chance.

At school a few days later, we were there making our trek across the quad when I stopped. “Terra, I have to apologize to you.”

Head cocked to the side a little, “Why dear?” Terra always called me that, I never understood why.

From there I explained that I can’t live like that, but I’m not perfect. That as I Christian, I should be above that reproach but I messed up. I’m a work in progress, and that was a huge mistake. After she pulled her jaw up from the ground, my friend explained to me that she hadn’t thought of it, but that she considered that confession and apology to be one of the coolest things she had experienced in a while.

I had planted seeds in Terra when I was talking crap. I was allowing her to see how awful Christians can be sometimes, but with guidance from my Lord, I fixed a wrong, and was able to present a side to Christianity that a classmate had no clue about. She still tells me that she has a lot of respect for me after that, and I hope that through continued efforts in witnessing, I can eventually see the fruit of salvation in this girl. Jesus loves her, I think she’s great, and hopefully someday her life will be changed by God and she’ll live for Him.

A funnier example of my rough around the edges manner of life happened last night (Probably several times) at our intern graduation. One of the kids put together a video as a gift for his peers, and he did an amazing job. The video included photos from their adventures, of which I was fortunate enough to be a part on several occasions. He also had video from their trips, as well as interviews from many of them about their experiences. I taught a couple of classes this year and so I was included in this video as well.

Every Friday morning, I would walk into the classroom, sit on the tall chair that made my legs dangle, and start yelling at people to sit down and shut up. It typically didn’t work, so I generally resorted to threatening lives and car tires, and generally they would all find their way to their seats. All that is, but Kenrick. This amazing individual would sometimes furtively, typically just directly make his way over to where I was and not only hug me, but try to squeeze into the chair with me, and pretty much just touch me a lot. I have this problem actually, people really do just touch me. A lot. I don’t know if I invite it, perhaps due to my 5′-7″ stature, or because I’m amazingly good-looking, but everywhere I go, people want to touch me.
For my part of the interview, I talked about this, and how Kenrick just likes to touch me, followed by him walking onto the screen and hugging me, then lingering for a few seconds, then pretty much it all ending. Well, show this video to a bunch of people who didn’t really get it, (I’m fairly certain that this included my senior pastor’s wife who already thinks I’m strange) and I looked pretty much… yeah. It just wasn’t funny. The whole congregation of people at the graduation didn’t need that information.Fortunately, the video had a few awkward moments aside from that one that didn’t include me (The interns and their teachers all laughed at them while the remainder of the crowd either giggled in that fearful kind of way or just sat there, silent). There were a lot of inside jokes set out in the open for all to see.

Wisdom tells me when I should and shouldn’t say things, due to audience or because it’s just bad. Sometimes I get it, but as the past two stories have indicated, I generally don’t get it until it’s by far too late. I’ve been praying for wisdom. She’ll not only make life easier, but she’ll really help with my reputation with people that don’t know me incredibly well!

Fellowship of the Ridiculous Theologians

The Lateral Growth Chronicles: I suck at Bowling