Get the Flip Outta my Way! 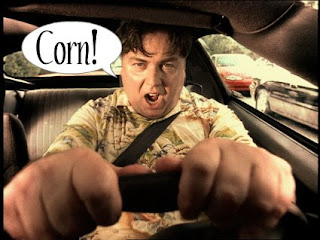 The sentence structure stayed the same, I think that the intention had too, but if you were to play the whole thing again on television or the radio, there wouldn’t be any beeps covering words and those funny little squares wouldn’t have distorted my mouth either. I was swearing like a Christian, which means I was saying mean and bad things in a way that I could get away with. It’s both delightful and horrid at the same time. Allow me to put this in context…

I have been having car problems for a while now. I got the stupid thing back on Thursday, but my CD player wasn’t working. It wasn’t an issue I had when the car went into the shop, and the awesome mechanics didn’t seem to know anything about audio. I think they sabotaged me. So I drive home, and to a few other places, and the silence is both amazing and revealing at the same time. I didn’t like not rocking out to something, but I my thoughts were more than loud enough to keep me busy. Not only was I in a bad mood over dropping more money on my car, but it was also the beginning of rush-hour traffic. Of course there were going to be people doing dumb things that I would have to comment on, there always are. The silence in my car made me realize how many mean and bad things I say. These things didn’t sound horrible, compared to something like a Tupac song; they weren’t speckled with an abundance of f-bombs and other words that would make your grandmother blush but they were mean, regardless. It was after calling the driver of a car who couldn’t have turned out in front of me any slower a “Stupid fart-knocker” that I realized how mean I was. First of all, when I got up next to the old lady, I realized why she turned out so slow, she was ancient! I feel bad when I yell at old people.

Have you ever experienced an awkward silence by yourself? (That IS awkward, you say…) I did at this point in time, because I think that I understood that I have a problem and that I probably look absurd driving around yelling at people and shaking my fists in the air all the time. All the time.

It says (or at least implies) in several places in the Bible, that God weighs our hearts. He understands that we truly are classically conditioned to act in certain ways and that He needs to look past our outward expressions to understand what our motivations truly are. I might not be dropping bombs or anything but really, there is some genuine malice in my heart when I drive around. So, I’m working on my attitude in that and probably a few other areas. We’ll see what happens. Anyways, here then are my top Christian swears….. enjoy.

1-Flip (Flipping)-It’s the new F-bomb, it functions in almost all the same ways the other versatile word does.

2-Shiz-Thank you Snoop Dog for teaching us this one, it made all other replacements for this obvious word obscure…including crap, poop, shoot and corn*
*A lady I go to church with would tell her kids, “Just say corn!” her husband ruined it by telling her that “Sometimes, corn just doesn’t cut it!” -Awesome

Anyways, those are my top three. Sometimes, I think a well-placed real swear is funny, but…It’s better to let someone else do it, because if your friends hear you say it, they might think that you’re not a Christian anymore…

Study and Girls go Together Well