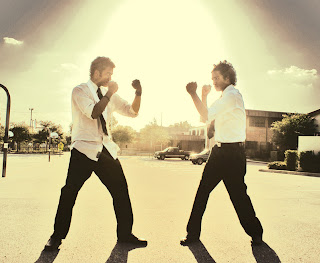 After reading Dante’s “Inferno” my freshman year of high school, this obviously unsaved youngster put together his own theology, based on the narrative that took our protagonist through that place that seems to smell like burnt hair all the time. You see, as one accompanies Dante and Virgil from one circle of hell to the next, he draws near to the center, which unlike a Tootsie pop, the center of Hell isn’t chocolatey, but rather it’s cold and icy. The three-headed devil has to continually bat his wings to prevent them from freezing over! Yeah. It’s that cold!

I’ve never been a fan of winter, perhaps it’s because I’m not built in any way that would aid in retaining heat, maybe it’s because driving on ice isn’t fun either. I’m not really sure. So I figured, if I don’t like something, that’s gotta be what Hell is like. It’s gonna be COLD there, I tell ya! Obviously, my salvation experience, followed by some really basic doctrine has convinced me otherwise, but this is just one idea I’ve had in the past that occasionally got me some flack.

Another one, that I still hold on to, is that violence is a love language. If you have siblings, especially older ones, this is not too much of a stretch for you. You beat the crap out of each other on a regular basis, right? I can’t tell you how many times I affectionately punched my sister in the throat just to tell her I loved her. OK-that was an exaggeration, but we fought for fun at my house. Maybe we got it from our parents, I’m not sure. We’ve grown past that, but I still manage to knock her fiance around occasionally, which looks really funny because he’s 6-8 and weighs what I do, two times over! Even with my high school small group, I land a few punches on guys when they’re being annoying, but also when they’re just being themselves! I think it’s great, and they all seem to like the attention, so like I said, violence is a love language.
Several friends of mine think that this is actually a twisted or distorted perspective, one of which is an only child, so they let me know all the time that something’s wrong with me. I make fun of them for believing that and still being my friend. The other night, I was lying in bed pondering this and God told me that I was right (So ha) about violence being a means to express love. I love it when I’m right.
Jesus epitomized my point. He was beaten within an inch of his life, hung on a cross, and died for us. The great thing is that He took all the violence that would have otherwise have been directed toward us. We all deserve some really bad stuff for what we’ve done in our lives, even if your worst sin seems to be relatively minor. God is objective, not relative or subjective in this matter. Jesus did that because it was His destiny; put together to bring us back to Him, because he loves us.

I love those movies where someone does the slow-motion run and jump to push someone they love to safety, leaving themselves in the path of a speeding car or bullet. It’s always cheesier than it should be, because doing something like that really would be awesome! You’d be a hero and everybody would love you for it! I’m pretty sure that’s how Jesus thought, because, being part of God, He knew of the wrath headed our direction, and jumped in place to take it for us.
I’ll polish my presentation of this idea up a great deal, and I’ll preach it someday, and all those youngest children who got loved on so well by their older siblings will get the idea and come to know Jesus, it’ll be pretty much the most amazing thing ever.

PS- Please understand that I do mean this in a joking way. What Jesus did was serious, I’m not overly so. I don’t condone real violence, I just joke about fighting!

The Ugliness of Reconciliation