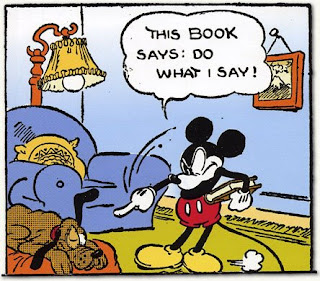 I think that it’s about time we had a conversation about something particularly close to my heart, something that I’m encountering at a steadily growing rate. I need to tell you about the “F” word. I hear it in politics, talk shows, and even in conversation now. As much fun as it might be, I’m not going to swear at you, I’m talking about Fundamentalism.

When did it come onto the scene? (I truly don’t know. I’m not setting you up for a history lesson. Maybe someday I’ll look it up…if I can. Where to start?) I’m assuming that there have always been fundamentalists. F-Christians, F-Muslims, and F-Jews have probably been scampering about since the inception of any of those faiths, but I wonder when calling someone fundamentalist became what it is today. I remember after 9-11 hearing more and more about Islamic Fundamentalists, and stuff like that, but now I’m hearing about fundamentalist Protestants! (Jesus Camp? Looks scary to me.)

I think that what happened with that is the world had their eyes opened to people who had always been there, people who were completely sold-out to their religious indoctrination, who believed in a holy book who then went and committed a heinous act of violence. We knew there were individuals and groups like this before 9-11, but the damage had never been so close to home. It had never killed so many people before. That one event pushed the negative connotation of fundamentalism more than any other act in history (Bold statement man-I think it’s true).

America’s level of religiosity and faith level (perhaps more of a dependence on God level) went through the roof right after that. Church attendance skyrocketed, conversions happened, and we all were OK with it, even the people who don’t like religion; the ones who are about spirituality more than some archaic system. You all know who I’m talking about. Then it was not only acceptable to vote according to your faith, it was encouraged! Next thing you know, a very conservative GOP is in the system and people are making conservative choices that eventually make people mad. I can’t get into all of that, because I lack a lot of understanding in that area, but just follow me a bit longer. I’m working on something good for ya.

People are people and we screw up about every 358 seconds or so. Even if we’re pursuing that very thing that we believe God told us to, we still manage to jack things up. Even if we’re the GOP. Here and there mistakes were made or legislation was passed that people didn’t agree with. We were reminded what happens when a nation goes to war. People die, lives are permanently changed. The carnage that the media continually kept before us at this point was caused by both sides, but some decided that the religious convictions of American political leaders and voters were no different in degree than those belonging to the people who attacked the World Trade Center. Hence the term Christian Fundamentalist, or F-Protestant.

Back in the day, there wasn’t such a thing as a fundamentalist protestant. At least the phrase wasn’t around. I think that there were enough people that were fully sold out to the Bible, who believed in Jesus Christ and the God who made them whole-heartedly that really, nobody thought it was weird or bad. If they weren’t, then they more than likely weren’t involved in the church very much. (There have always been nominal Christians, but I think that they weren’t necessarily in opposition to people who were in full pursuit of Christianity and what it entails. Maybe they just got annoyed by the church lady-every church has one)

Such is not the case anymore. Syncretism snuck in, the nominal Christian has become more so, and our nation isn’t as faith-filled as it once was. A fundamentalist emerges out of that context because it’s strange and different to have someone who completely believes in something, even to the point of basing their lifestyle off that belief system. I think that fundamentalism has been coined within the context of Christianity because in general, we have allowed our convictions to slip, our standards and ideals to be impacted in weird ways, and something has happened to our faith. Maybe it isn’t our fault. Maybe it was the generation prior to ours, or even the one before that. Perhaps it’s just a product of the secularization of or nation. Either way, fundamentalists didn’t used to exist under that title because there were more of them and it was acceptable to sell yourself out to your God.

In a world lacking absolute truths, perhaps it isn’t tolerable to be all or nothing, for anything! I said earlier that the F-word is close to my heart. I’ve had two professors now who referred to me as “FP” (Fundamentalist Protestant” in their classes and our conversations. It made me proud. I’m not a hater, I just love Jesus and His Word with my whole heart. I live my life based off that, and it obviously shows in my conduct and homework. I hope that more people want to adopt this label (we label each other to make things easier…I’m not against that… it just isn’t the best!) because they’re entirely sold out to Jesus Christ!

Eventually I’m going to write a book entitled, “The F-Word”. Assuming I can even get Christian book stores to carry it, I’m hoping to make most of my sales off the younger crowd. Not that they care, but they’d probably buy it based on the title, thinking that they’re being a little rebellious (Christian acts of rebellion…make me laugh sometimes). Then maybe their parents will pick it up later while snooping around their kid’s room and perhaps it’ll catch THEIR attention.