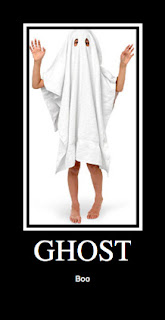 I went running tonight. I strapped on the funny shoes, slid into the short shorts, and hid my thin pale upper torso under one of those light-weight shirts that keeps sweat off your body or something like that. It didn’t work by the way. I even grabbed the i-pod, put some inspirational worship music on repeat, and silently glided out the door and down the street. I run at night so that nobody will see me. We do a lot of things in the dark so that we’re not seen. Sex is one of them, and that’s just sad, but perhaps that’s why some people exercise or run at night. Maybe someday they’ll turn the lights on. I’m not much of a runner, but I genuinely desire to be healthy. I figure that I can eat whatever I want as long as I exercise, right? That makes life worth living.

At the end of my street I busted a left and instead of running down toward civilization, I ran up into the foothills. It was beautiful. A soft breeze made the trees shift in their places, causing little shapes of moonlight to wave up at me from the pavement. It also kept me cool, because when you’re out of shape and you run, you get hot fast. So on my run in the dark that hides people and objects, I must admit, I got a little freaked out. I kept hearing screams or something like them over the musical stylings of John Mark Mcmillan. then I saw objects up ahead that looked like people just standing there, waiting for me. (Note: I’m blind as a bat without my glasses, but I only wear them when I drive-people look better when you can’t see the details) Anyways, I came up to a place where the streetlights ended, and it was just me and the moon…and every scary object I could conjure up in my puny little head!

When you’re not a Christian, you’re afraid of lots of things like zombies, monsters, ghosts, mummies, and Rosie O’Donnell. Scary movies like The Leprechaun 1-27 freak you out. (HEY! He has a scary face- and he’ll stab you!) When you are a Christian though, you fear things like demons, demonized people, witnessing to strangers, Satan and Rosie O’Donnell. Why do we get scared? Is there anything out there to get us? We genuinely believe that there is less out there than many other types of people think, so again, I ask, WHY DO WE GET SCARED?!?
I don’t know.

That Smell is Starting to Leave. . .